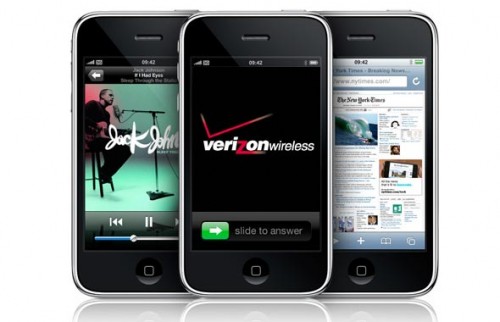 It’s F-I-N-A-L-L-Y happening; iPhone is coming to Verizon. The rumors have ended and now begins a “partnership” between the two giants. I personally applause Apple for finally bringing the iPhone to the Nations Largest mobile network, and for Verizon getting it’s act together to prove it was worthy of this mobile device and a partnership with the Apple brand. Besides, it makes complete business sense if Apple wants to increase its’ share of mobile users to have an iPhone. At the end of the day, Apple probably could care less which carrier the iPhone works on, just as long as the end user has an iPhone in hand.

Now begs the 1 million dollar question; “Will you get the Verizon iPhone?”

Personally, I will not be an earlier adopter unless things change between now and February 10, 2011 (the day it is available for everyone; Feb. 3 is the pre-sale date for existing Verizon customers) I will more than likely wait until iPhone 5 which will reportedly have given enough time to make use of LTE and some other improvements ..