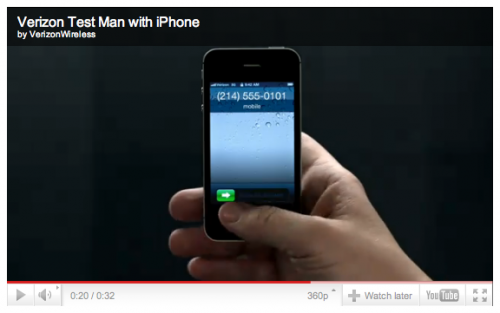 Verizon has released the new commercial to promote its upcoming CDMA iPhone 4. It’s not showing the iPhone 4 features but to make jokes on AT&T network. It comes with a question saying “Does your network work?” Clearly this makes joke on AT&T iPhone. Verizon even shows the calling from number 214-555-0101. It’s actually a real AT&T Directory Assistance number. Funny and great sense of humor. ﻿

I just tried calling the number, it said that it was not valid for “callbacks” – maybe it’s blocked from accepting incoming phone calls; but if the number is in fact an AT&T Directory Assistance number = HILARIOUS!