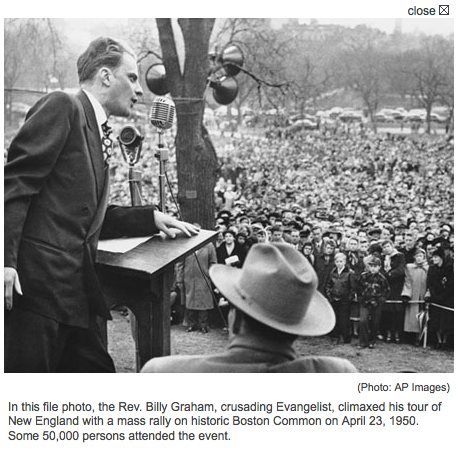 For at least the last half decade, there’s been speculation as to who could replace the Rev. Billy Graham as the next greatly esteemed and world-renowned leading Christian evangelist. When his 2005 New York crusade was billed as most likely his last, we began wondering if anyone could rise to the task. Or should any individual do so?

Since emerging on Christianity’s landscape in the mid-1940s, Graham has never let up in his simple belief that people need Jesus. His way of presenting the gospel message of hope through accepting Christ as Savior has touched millions of hearts.

Graham has a personality and philosophy that helped him cross many of the world’s largest divides.